Dash (b. 2/17/11) is a friendly, enthusiastic papillon from a litter of high-achieving conformation and sports competition dogs. As of 2020, Dash was one of just 150 dogs in the world to hold the AKC Trick Dog Elite Performer title, and has performed on three continents and all over the USA.

Dash performed his first trick show at the age of 9 months to a crowd of 600 in Istanbul, Turkey. By 13 months of age, Dash had earned five trick dog titles, including DMWYD Trick Dog Champion, by demonstrating over 62 tricks in 9 categories. Dash’s trick repertoire includes playing sports (basketball, baseball, soccer and skateboarding), doing handstands, barrel rolling, backward tightrope walking and backward leg weaves, among many others.

In late 2019, Dash was named runner-up in the American Kennel Club’s first-ever National Trick Dog Competition, an invitation-only event for the top 150 performing trick dogs in the USA and Canada. In 2020, Dash won an “Outstanding Performer” award in the same competition.

Dash’s official name includes 46 titles in 7 sports: MACH TDCH TopFlite Dash 4 Cash UD, BN, GN, GO, RE, FDC, MXB, MJB, OAP, OJP, T2B, BCAT, CGC, TKE, ATT, SSA, AD, RATO, RL1, “Achiever Dog”. Despite having an outstanding record for qualifying in agility, Dash is a speed demon while doing so. He made the PowerScore “Breed 10” (fastest Papillons) for three of the four years in which he was eligible. The fourth year, he placed just a hair under the number ten dog. 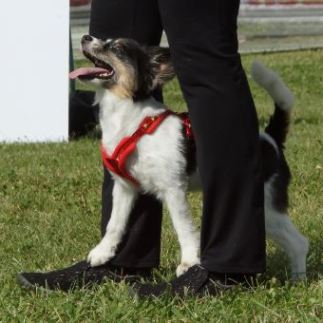 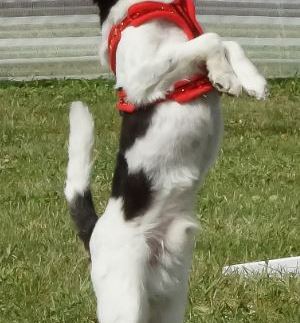 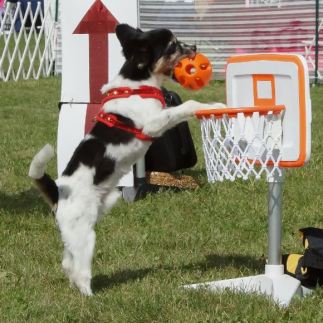 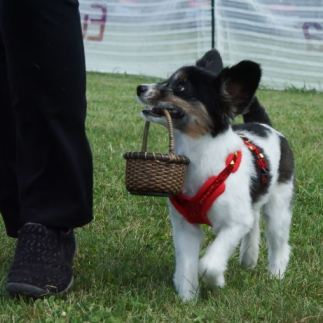 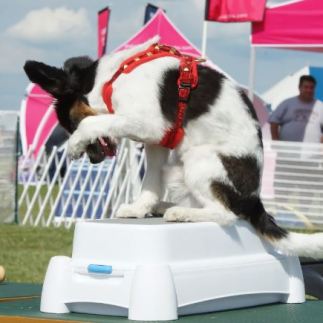 (All photos above copyright Springfield Photography)