Copper the terrier mix (b. approx. 8/1/16) was found as an emaciated stray in Paintsville, Kentucky in spring 2017, at about seven months of age. She was pulled from a high-kill shelter there and brought to Wisconsin by Underdog Pet Rescue.

Copper went on to perform at the AKC National Championship dog show in Orlando, Florida at just 16 months of age. When the AKC added the “Elite Trick Dog Performer” title, Copper earned that before her second birthday. As of 2020, Dash and Copper were two of only 150 dogs in the world to have earned this elite title. In late 2020, in her first time competing, Copper won an “Outstanding Performer” award at the AKC National Trick Dog Competition.

Copper has also earned the title of “Trick Dog Champion” from the other titling body for the sport of trick dog, DMWYD. To earn this and the four titles leading up to it requires that a dog master a minimum of 62 tricks!

What breed is Copper? Copper was registered with the AKC PAL’s program in the belief that she was a purebred Parson Russell Terrier, a breed that Sharon owned and showed in the past. Then she doubled in weight! DNA testing revealed she is approximately 50% Jack Russell Terrier, 25% Rat Terrier and 25% Plott Hound. Also, we originally thought she was about 8 1/2 months old when adopted, but photos, dental evidence, and later growth showed she was more likely about 7 months old. 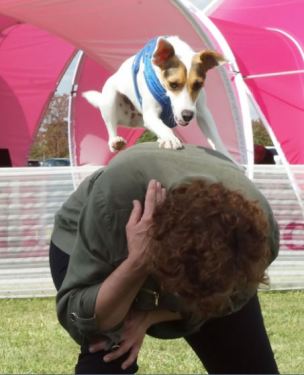 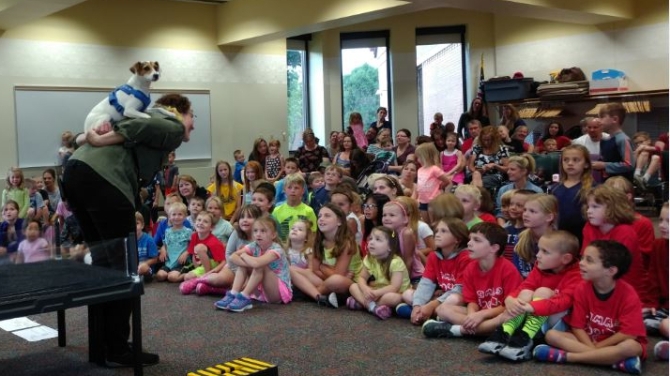 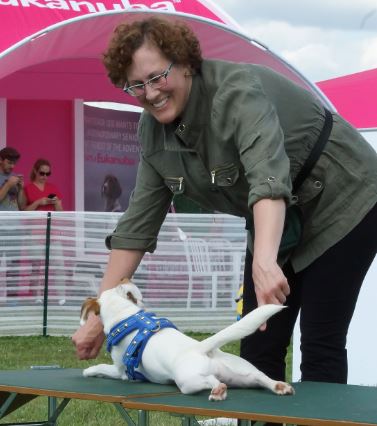 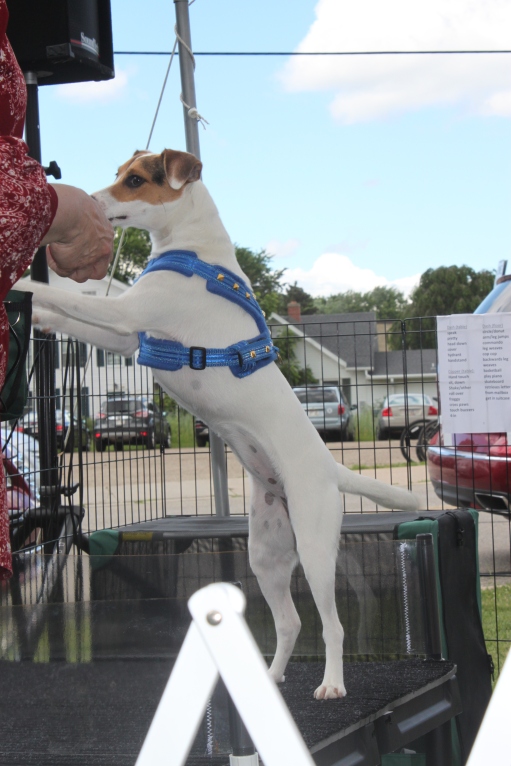 (All photos on this page copyright Springfield Photography & Sharon Page)